Live a day of contrasts walking

Why it’s interesting?  You will have the opportunity to know the different ecosystems that make up the natural area of ​​Doñana, which includes the territory of the Natural Park and the National Park. In the tour we will enter areas of marshes, pine forests or preserves, temporary lagoons and dune systems, all of them important places as a refuge for a valuable biodiversity.

This route in particular will allow you to enjoy the presence of a multitude of birds that inhabit the different environments that are visited. Due to its size and strategic situation, Doñana is an important wintering place for migratory birds and an exceptional site for the breeding of many species, which makes it a paradise for ornithology lovers.

What is the itinerary?  First, we will visit the northern part of Doñana, which encompasses an extensive area of ​​marshes especially important for waterfowl and a protected lagoon as a Concerted Natural Reserve frequented by thousands of flamingos, the Dehesa de Abajo. Later we cross an area of ​​pine forests where unique mammals are roaming, until we reach Aldea del Rocío, a charming town located on the edge of the Marisma de las Madres, where we will enjoy the Marismeño promenade to an ornithological observatory. Then we will walk along the walkways of the best preserved riverbank forest in the Doñana area, the La Rocina stream forest, one of the main sources that feed the marsh. Later we go to the lagoons of Acebuche, where we will know the value of these important wetlands by looking at the observatories, to end the morning with a healthy picnic under the pines. We will end with a walk through the spectacular landscape created by mobile dunes and pine pens, where we will understand their important role for the protection of coastal systems.

You will know a unique environment cataloged
Low
8 hours 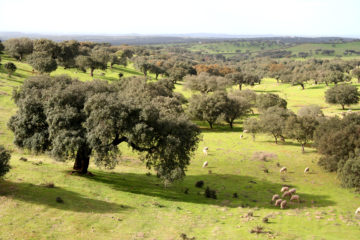 You will come into contact with the
Low
10 hours 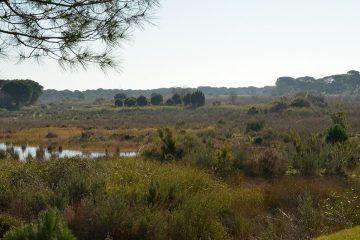 We will visit an exceptional lagoon complex
Low
7 hours
75,00€